Get new healthy recipe ideas to your email once a week.

Chickpea Blondies with Chocolate Chips are an amazing dessert that’s light, satisfying and made entirely with whole foods. They are soft, moist, studded with dark chocolate and resemble the texture of cake so much, it’s hard to believe they’re made with chickpeas! 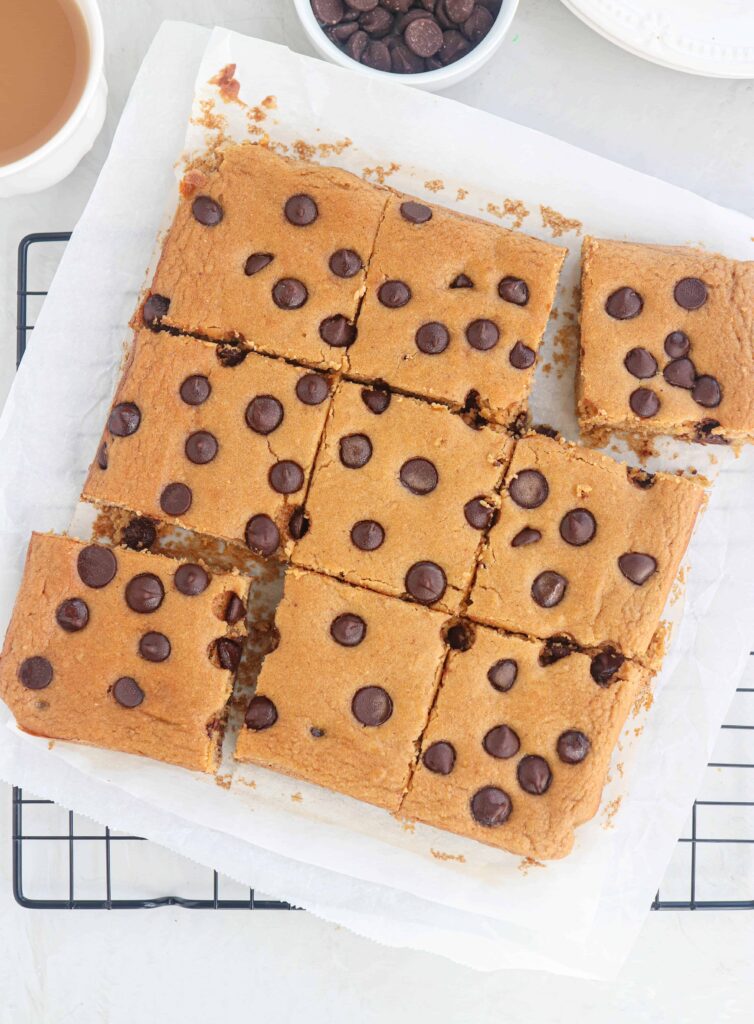 I love making desserts out of unexpected healthy ingredients because a) I love desserts, and b) I love the idea of eating whole, healthy foods. However, when it comes to baking treats with beans, I’m always a little suspicious. Black bean brownies are one example of this. They do look like brownies and they certainly don’t taste like beans, but they don’t taste like brownies either.

These chickpea blondies are NOT like black bean brownies though. Although they are made almost entirely with canned chickpeas and a small part of almond flour, their taste and texture are so close to the real deal, it will stop you in your tracks. Seriously.

My kids, who I swear have a built-in radar for “health foods” hidden in sweet treats, devoured the entire batch in 5 minutes. This doesn’t happen much and just proves that these blondies are truly magical. They look and taste like cake, but are actually filled with a ton of protein and fiber. They are also gluten, grain, refined sugar and dairy free.

WHAT YOU WILL NEED 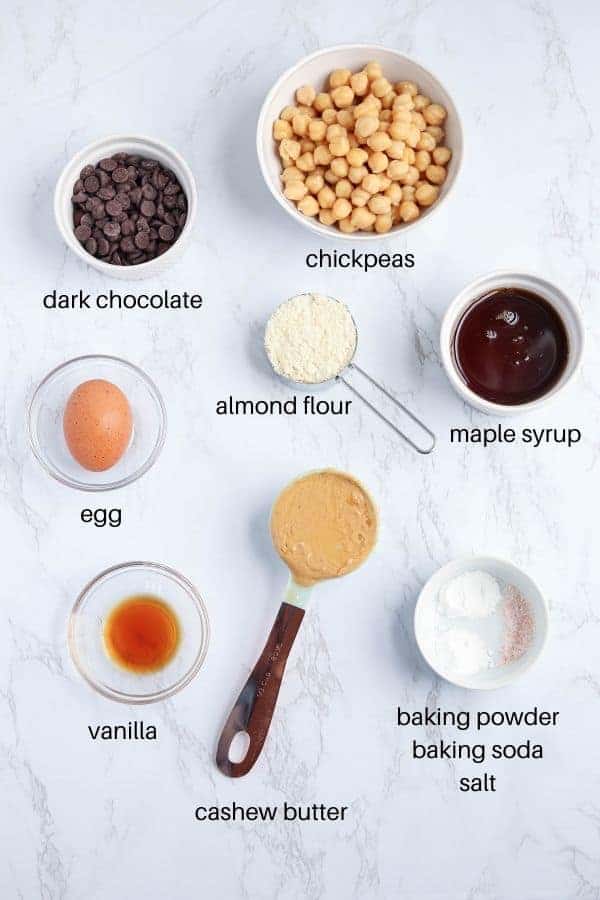 Canned Chickpeas: also known as garbanzo beans, they are cheap, full of fiber and protein, and great for baking, as it turns out!

Cashew Butter: you can use any nut butter you like or have on hand (almond, peanut, mixed nut) though cashew is my favorite for this recipe because I find it to be the most neutral tasting.

Maple Syrup: use 100% pure maple syrup to add sweetness to the blondies. Mine is always local from Maine.

Almond Flour: since these blondies are grain and gluten-free, almond flour is used to give the blondies cake-like texture.

Vanilla: to add complexity to the flavor.

Egg: organic and/or pasture raised egg is always best. You can also use egg replacer such as Bob’s Red Mill.

Baking Powder and Baking Soda: to help the blondies raise.

Salt: to balance out the flavors.

HOW TO MAKE CHICKPEA BLONDIES WITH CHOCOLATE CHIPS

All you need to make these blondies is a food processor, a silicone spatula and an 8×8’’ cake pan.

Step 1: Drain the chickpeas, place them in the food processor with cashew butter (or nut butter of choice), maple syrup and blend until smooth. 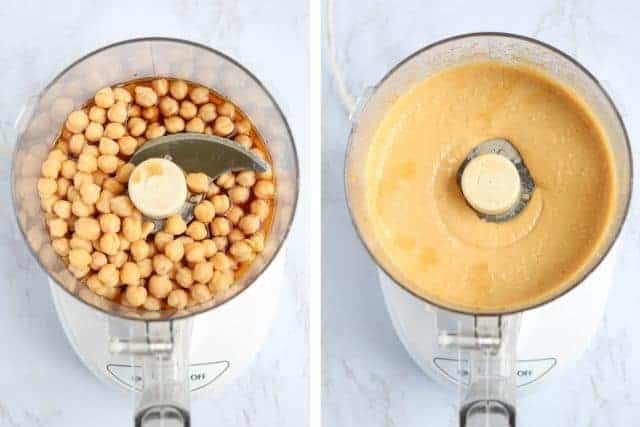 Step 2: Add vanilla, almond flour, baking powder and baking soda, salt and egg. Pulse a couple times until combined. At this point you can transfer the batter into a mixing bowl but as long as you’re careful with the blade, there is no true need for that. 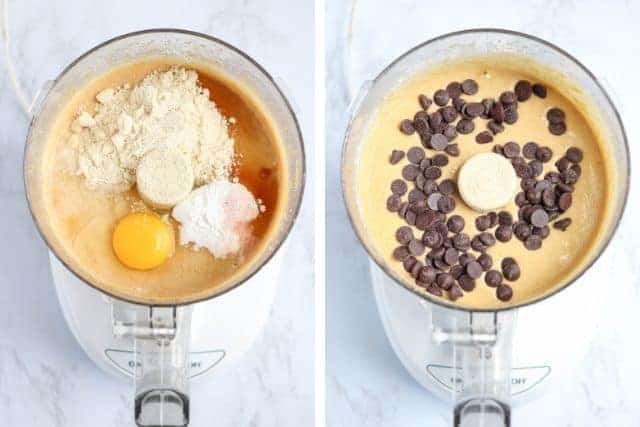 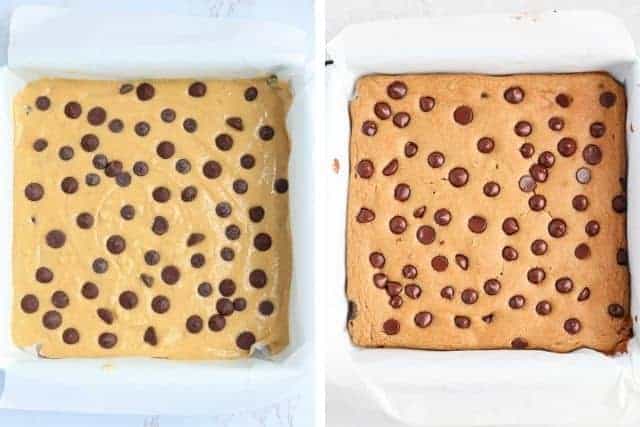 Step 4: Bake at 350 degrees Fahrenheit for about 25-30 minutes or until a toothpick inserted in the middle of the blondies comes out mostly clean. Be careful not to overbake. The top should be slightly golden but not browned.

Step 5: Cool completely on a rack before cutting into squares. I like these blondies chilled best so I usually cool them completely, cover the pan with plastic wrap and cut them after a couple hours or the next day. 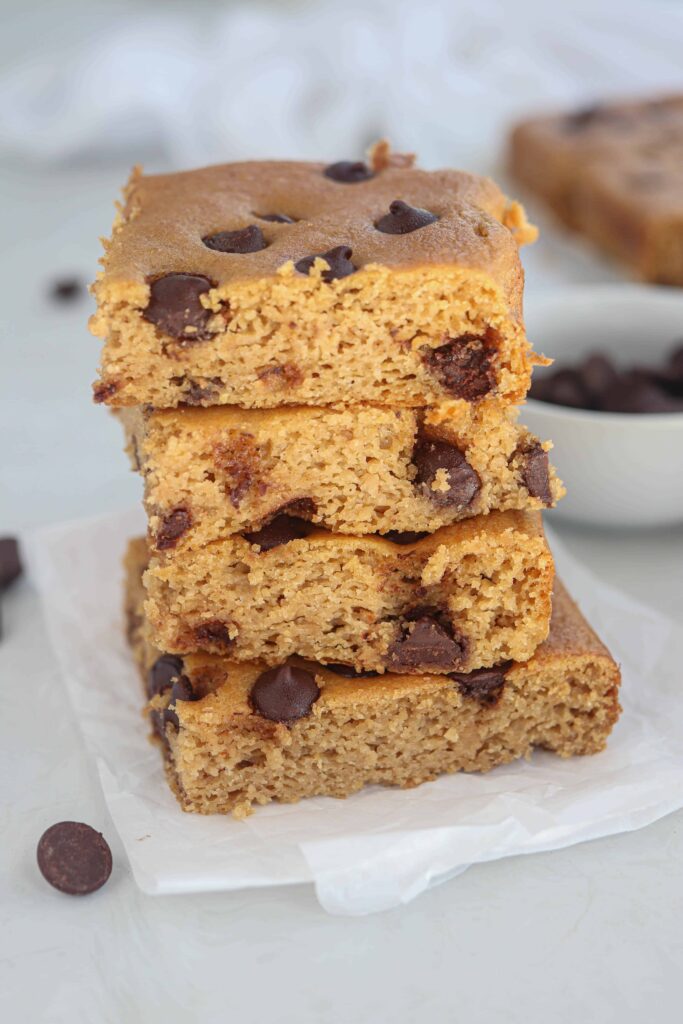 Store covered with plastic wrap or in an airtight container in the refrigerator for up to 5 days. You can also freeze them. To do so, let cool completely, cut into squares, wrap individual squares in plastic wrap and store in a zip lock bag in the freezer for up to 3 months. To serve, let thaw at room temperature on the counter and enjoy.

If you try these Chickpea Blondies with Dark Chocolate Chips, be sure to leave me a comment and give this recipe a rating. I would love to hear from you and see how it turned out for you! You can also share and tag me on Instagram!

No time to make it now? Just pin it now and save the recipe for later! 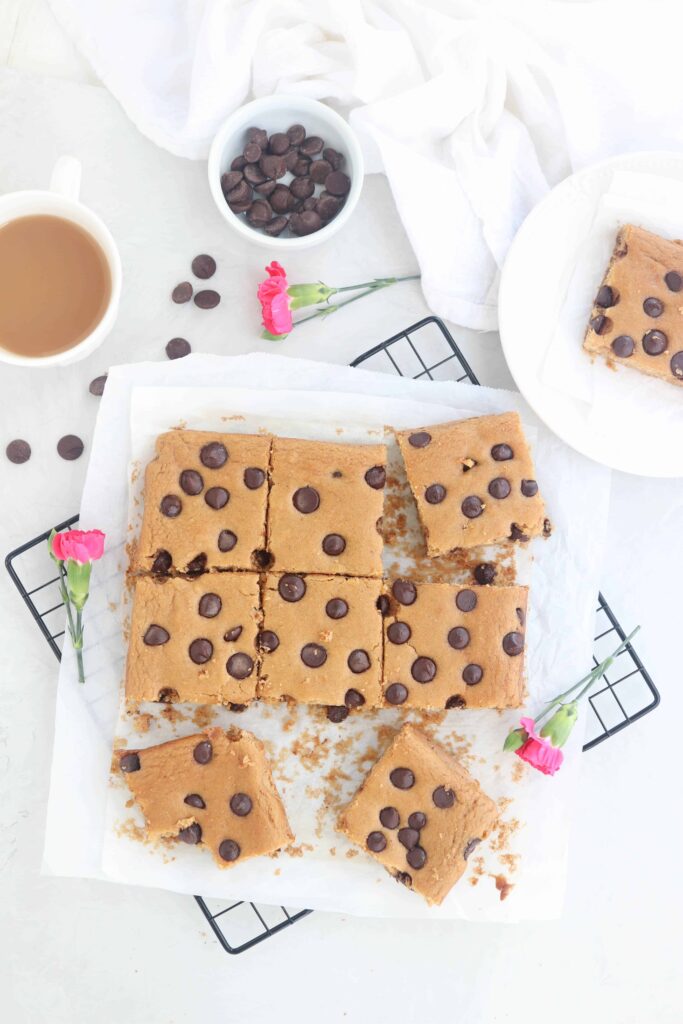 Chickpea Blondies with Chocolate Chips are an amazing dessert that’s light, satisfying and made entirely with whole foods. They are soft, moist, studded with dark chocolate and resemble the texture of cake so much, it’s hard to believe they’re made with chickpeas!

I like creamy cashew butter best for this recipe, but feel free to experiment with almond or peanut butter, if you prefer. 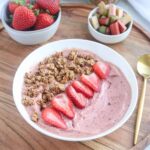 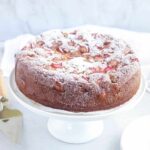 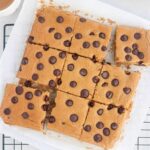 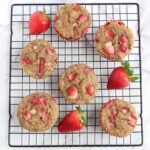 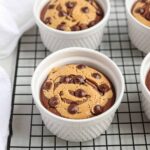 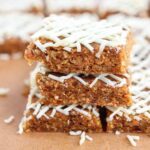 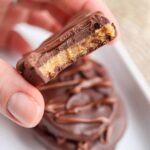 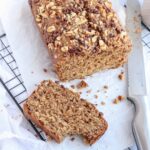 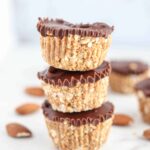 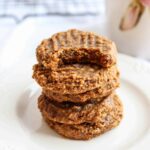 Who else has more rhubarb in their garden than you

Looking for a new meatless dinner idea? Mexican in

Who needs some quick and easy dinner idea this wee

Low-carb stuffed zucchini boats are perfect for a

Who has rhubarb in their garden 🙋‍♀️? If