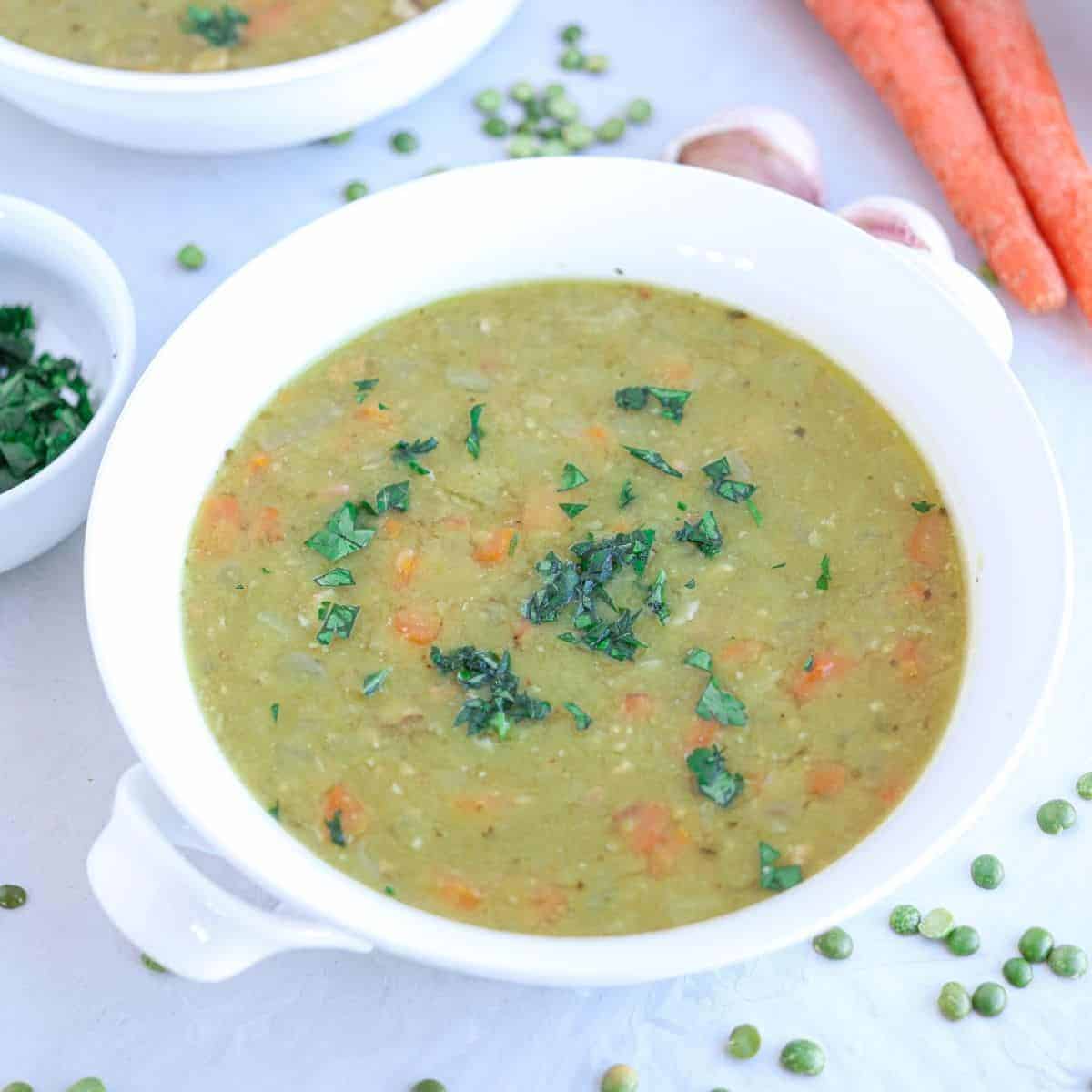 What do you do with ALL THAT HAM after Easter (or any other holiday when you serve ham)? Make split pea and ham soup! If you slaved in the kitchen all day preparing an indulgent holiday meal, you will love this no fuss one-pot dinner that take almost zero time to make. Instant Pot (or other pressure cooker) cuts the cooking time in half and, unlike beans, split peas don’t require soaking before cooking.

Growing up Polish, we had split pea soup quite often, especially on cold days. Traditionally, the Polish version is made with yellow split peas (though green peas are also common) and usually has potatoes, bacon and kielbasa in it. For this recipe, I kept the Polish soup’s flavor profile by adding smoky ham, salty pancetta, onion, garlic and marjoram, which is typical for Polish cooking. I skipped the potatoes though because the thick and velvety peas are hearty enough, for my liking.

Yes! Split peas are a wonderful plant-based protein, that are also an excellent source of fiber and potassium. They are also low in sodium, fat, cholesterol and have many health benefits. Think a budget-friendly superfood with an extremely long shelf life!

WHAT’S THE DIFFERENCE BETWEEN GREEN AND YELLOW SPLIT PEAS?

Not much difference. In terms of nutritional value, green and yellow split peas are essentially the same. The only difference is in the flavor and color, obviously. Yellow split peas have a slightly earthy flavor, while green split peas tend to be sweeter. Either kind will work in this soup recipe! 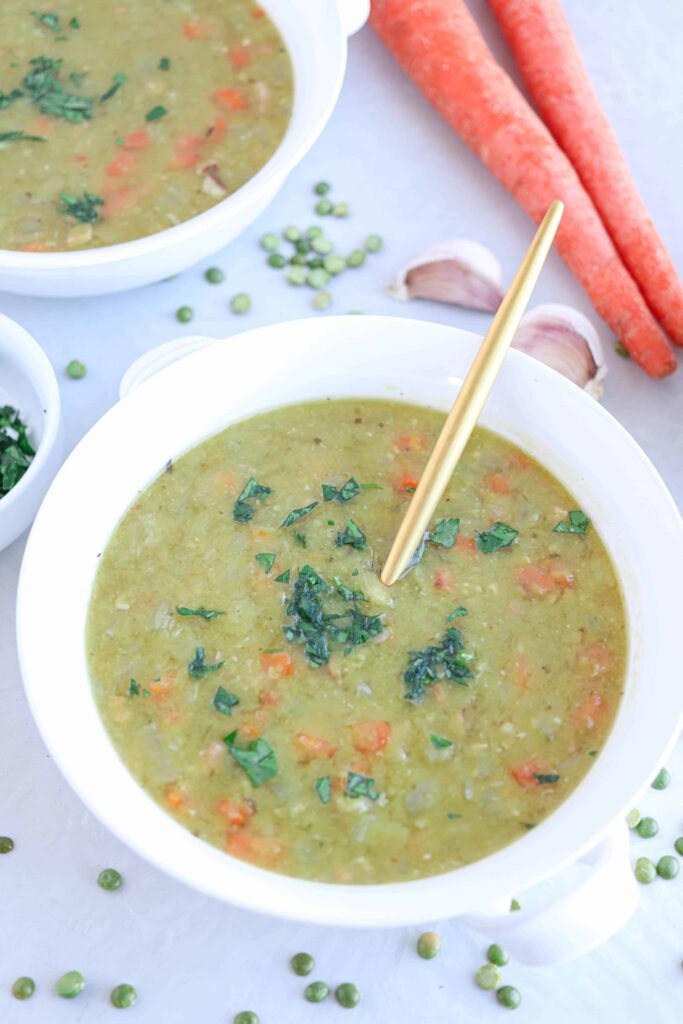 SHOULD I SOAK SPLIT PEAS BEFORE COOKING?

No. Unlike working with dried beans and chickpeas, split peas don’t require soaking before cooking, which makes them a super quick and convenient option for a weeknight dinner. If you’re using a pressure cooker, it will take you less than 1 hour to have delicious, homemade soup on the table from start to finish, although most of that hour will be the Instant Pot doing its magic on its own.

Pancetta is similar to bacon but instead of being smoked (like bacon), it is salt-cured and dried. Bacon and pancetta are both made from the same meat cut – the pork belly, but because of different method of preparation, they taste a little different - pancetta is saltier and bacon is smokier. You can totally use either in this soup, though if you haven’t tried cooking with pancetta before, give it a try! I buy mine at Trader Joe’s. 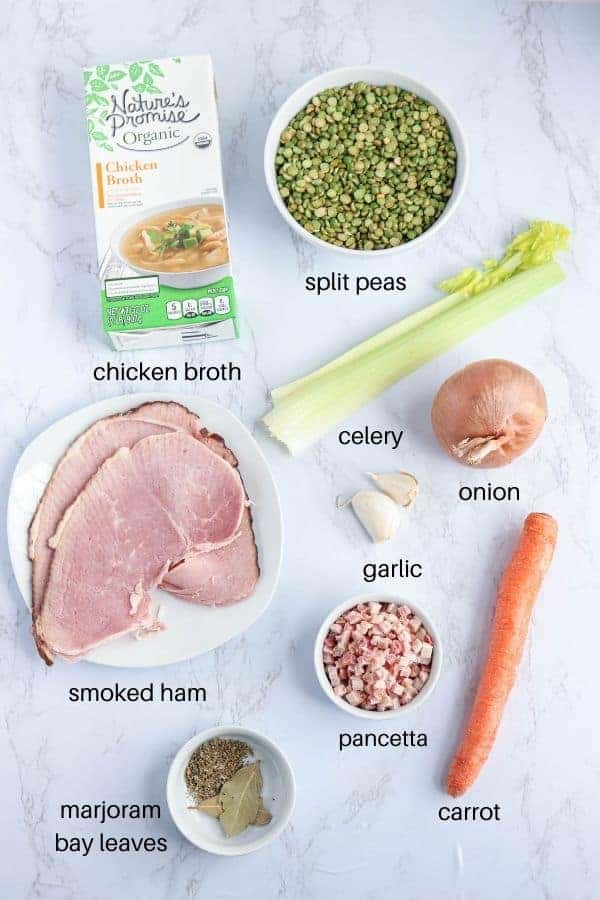 Split Peas: use green or yellow split peas. They usually come in a 1lb bags.

Ham: any smoked pork ham will work. I used leftover spiral ham that we had for Easter dinner.

Pancetta (or bacon): use cubed pancetta or chop up a couple slices of bacon.

Carrot & Celery: the veggies will add an extra layer of flavor to the soup.

Onion: yellow or white onion will work for this recipe.

Garlic: because everything is better with garlic!

Bay Leaves: 1 or 2 dried bay leaves will enhance the flavor of any slow cooked or stewed dish, including pea soup!

I love my Instant Pot for cooking soups, stews, curries and meat! The best part about it is that if you use the pressure cooker method, your total prep time will be less than 15 minutes. Set to pressure cook and the dinner will virtually make itself without any need to check on it or stir.

To make the soup in an Instant Pot (or other brand pressure cooker), follow these steps. 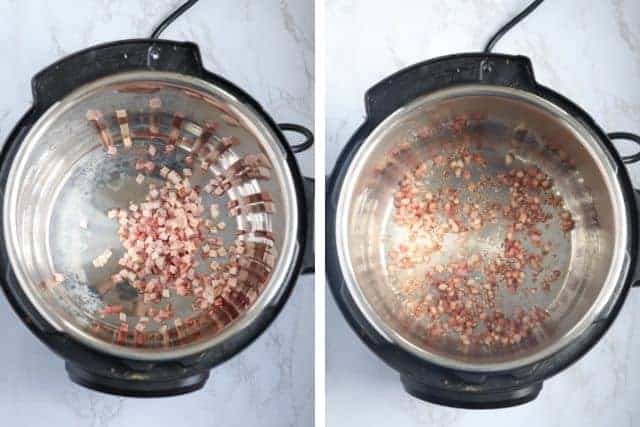 Step 2: Add onions, carrots and celery and cook, stirring often, until the onion is softened, a couple minutes. Make sure to scrape the brown bits from the bottom of the Instant Pot bowl. That’s 100% flavor.

Step 3: Add the remaining ingredients. Now it’s time to throw in the crushed garlic, bay leaves and marjoram. Give it a stir and add split peas, broth and ham. 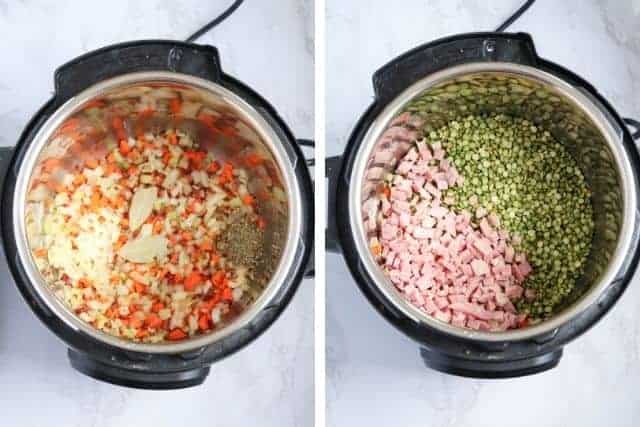 Step 4: Pressure cook. Turn off the “sauté” setting, close the lid and set the pressure to high for 16 minutes. Make sure the valve is in the “sealing” position. It will take the Instant Pot some time to build up pressure, usually about 10-15 minutes, before pressure cooking the soup. When the 16-minute cooking timer is done, let the Instant Pot release pressure naturally for another 10-15 minutes and then manually open the valve to release the rest of the steam (use a kitchen mitt!). 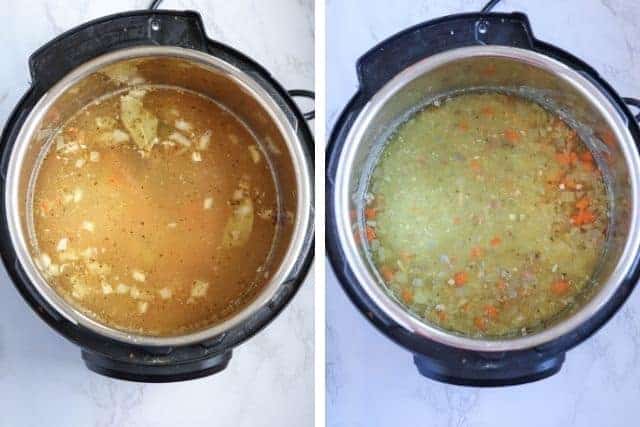 Step 5: Season. Open the lid, give the soup a good stir and taste. Season with salt and pepper to your preferences. Because of the salt in pancetta, ham and broth, I usually don’t add any salt. Serve on its own or with some chopped up fresh parsley on top. 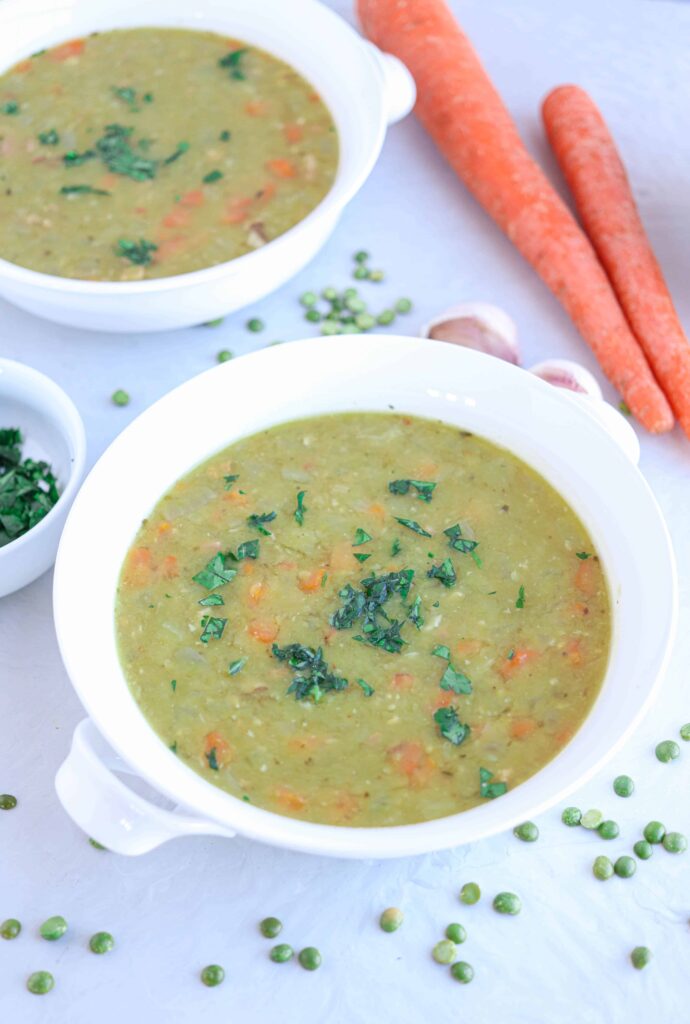 Pressure cooker is my preferred method of cooking legumes (peas, beans, lentils) but if you don’t have one, you can easily make split pea soup on the stove. You will need a 6-quart or larger Dutch oven or pot with a thick bottom.

To make the soup, follow steps 1-3 from the Instant Pot method, using a Dutch oven instead of the pressure cooker. Bring to boil, turn the heat down, partially cover with a lid and cook until the peas are soft and the soup thickens, about 45 minutes. Give it a stir from time to time to make sure the peas are not sticking to the bottom of the pot.

Split Pea Soup with Ham in an Instant Pot is perfect for meal prep or freezer meal. Once it’s cooked, divide between airtight containers or mason jars and store in the fridge for up to 5 days or in the freezer for up to 3 months or longer. When ready to eat, heat it up on the stove or in the microwave until hot. If frozen, let the soup thaw first, before heating it.

I like to freeze soup in individual mason jars with a wide mouth (easier to ladel the soup in without making a mess) or in a silicone tray for freezing soup. 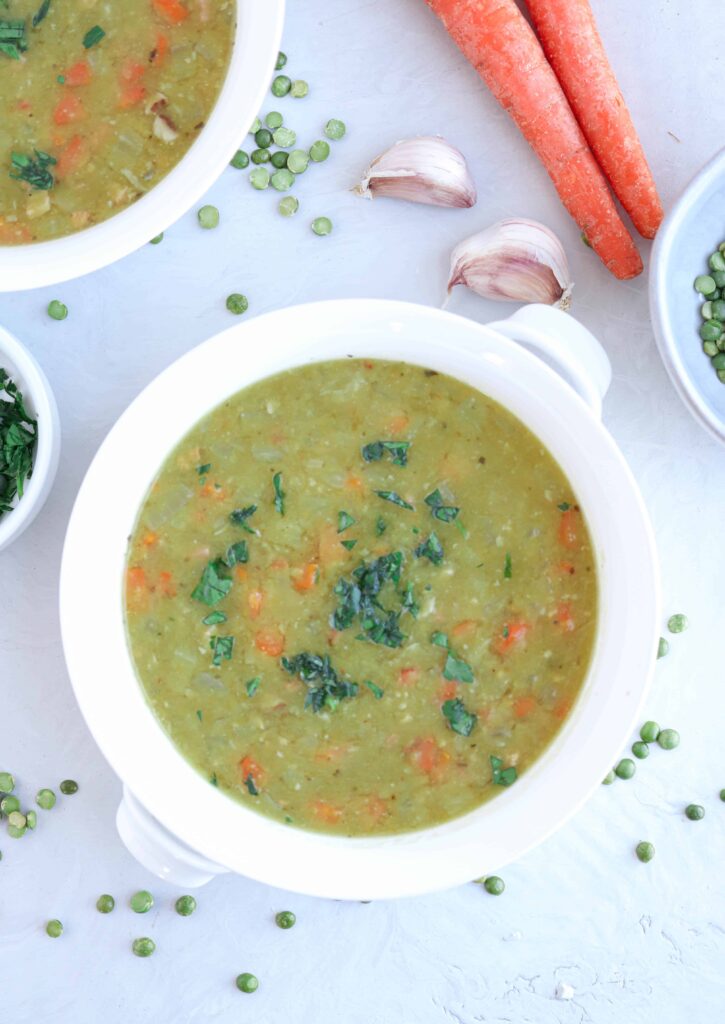 If you don’t have green split peas, you can easily swap them for yellow peas. The cooking process is exactly the same, the flavor will be slightly more earthy but both versions are wholesome and delicious!

If you don’t have pancetta or bacon, just use 1 tablespoon of ghee or olive oil to cook the vegetables in. Ham can also be omitted, if you’d like and make split pea soup with pancetta/bacon but without ham. Either way, it will still be flavorful, no matter what combo of peas and pork you use.

For a vegan version, skip pancetta/bacon and ham. Use olive oil in lieu of pancetta fat to cook the vegetables in and vegetable broth instead of chicken broth. I highly recommend using a little bit of liquid smoke if you’re making a vegan variation of the soup. It will mimic the smokiness of pancetta and ham. 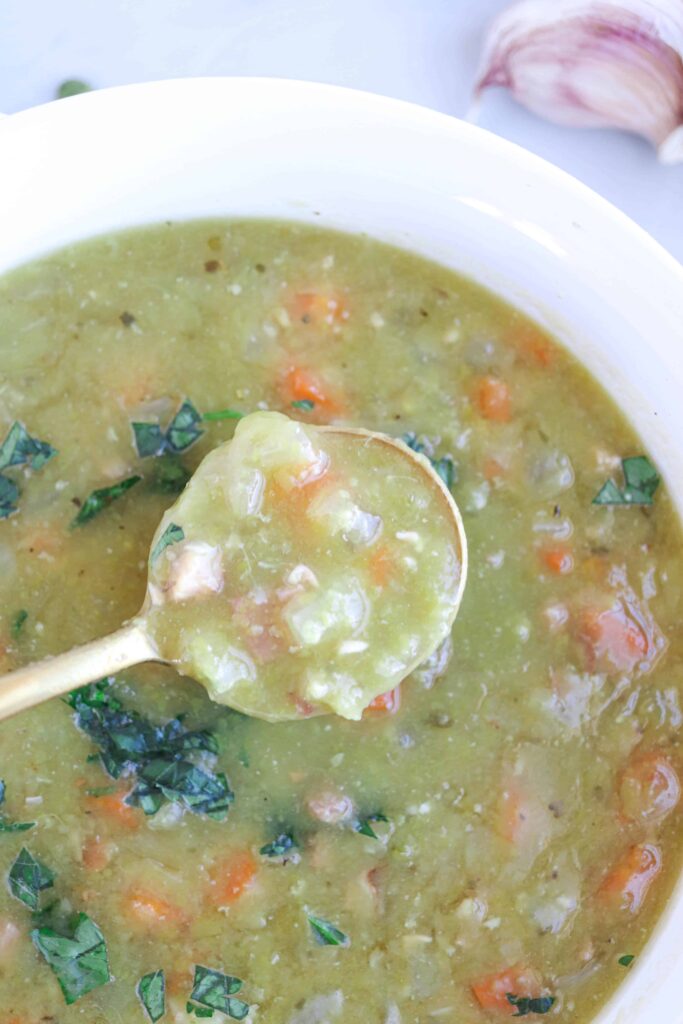 If you try this Instant Pot Split Pea and Ham Soup, be sure to leave me a comment and give this recipe a rating. I would love to hear from you and see how it turned out for you! You can also share and tag me on Instagram!

No time to make it now? Just pin it now and save the recipe for later! 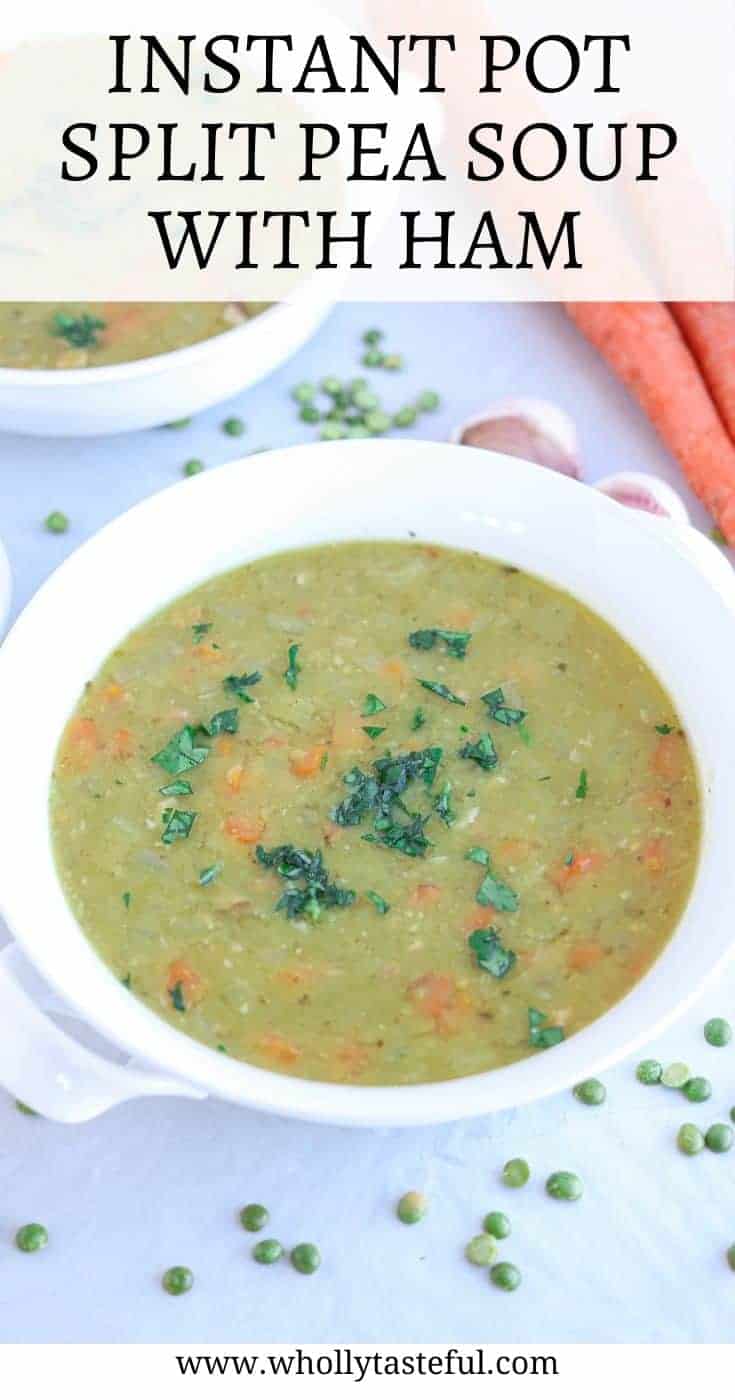 Because the pancetta, ham and broth already have salt in them, I find that this soup is salty enough. Depending on your preferences, you may add some more salt but wait till the soup is cooked and taste before adding extra salt. 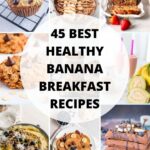 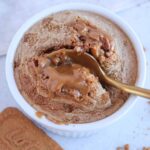 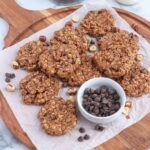 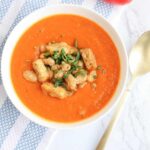 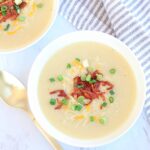 How is it possible that summer is more than half w

Obsessed with this Low-Carb Trail Mix!! I love sna